5 Facts You Should Never Miss about Audio Distortion 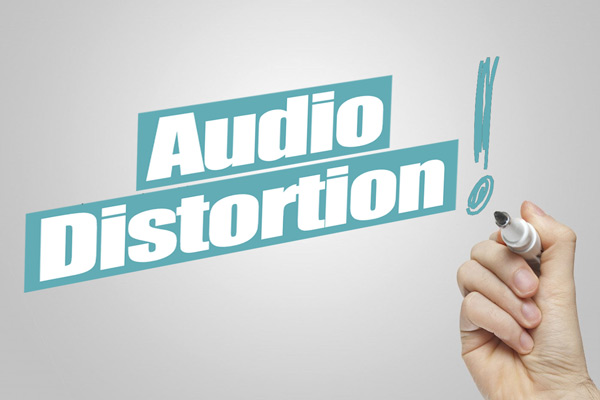 Many customers always ask FMUSER about some transmitter-related problems. Among them, they always mention the word distortion. So what is distortion? Why there is distortion? If you are building an FM radio station and are looking for a professional FM radio transmitter, you can get some important tips from this page.

What is Audio Distortion?

Technically, distortion is any deviation in the shape of the audio waveform between two points in the signal path. You can also understand that distortion is to change the original shape (or other characteristics) of something.

In audio, distortion is one of the more common words than most people realize when they use it.

During recording and playing, distortion may occur at multiple points in the audio signal chain. If a single frequency (test tone) is played in the system and the output consists of multiple frequencies, nonlinear distortion will occur. If any output is not proportional to the applied input signal level, it is noise.

Generally speaking, all audio devices will be distorted to some extent. Equipment with simple nonlinearity will produce simple distortion; Complex devices produce complex distortions that are easier to hear. The distortion is cumulative. Using two imperfect devices continuously will produce more auditory distortion than using any device alone.

The way of audio signal distortion is roughly the same as when the image passes through a dirty or damaged lens, or when the image is saturated or "overexposed".

In view of this understanding, almost any audio processing (equalization, compression) is a form of distortion. Some happen to be good. Other types of distortion (harmonic distortion, aliasing, clipping, crossover distortion) are considered undesirable, although sometimes they are well utilized and considered a good thing.

Distortion is usually not needed, so engineers strive to eliminate or minimize it. However, in some cases, distortion may be required, for example, distortion is also used as a musical effect, especially on electric guitars

Adding noise or other external signals (humming, interference) is not considered distortion, although the influence of quantization distortion is sometimes included in noise. Quality metrics that reflect noise and distortion include signal-to-noise ratio and distortion (SINAD) ratio and total harmonic distortion plus noise (THD+N).

In noise reduction systems, such as the Dolby system, the audio signal should be emphasized, and all aspects of the signal are deliberately distorted by the electrical noise. Then it is symmetrically "undistorted" after passing through the noisy communication channel. To eliminate the noise in the received signal.

But distortion is very unwelcome during a conference call because we want the sound to be as natural as possible. For example, in music, distortion can impart certain characteristics to the instrument, but for speech, distortion can significantly reduce intelligibility.

Distortion is a deviation from the ideal sound curve. Distortion causes the shape of the audio waveform to change, which means that the output is different from the input.

In order to avoid distortion, the mechanical design of the equipment used is very important. Always use a strong and stable structure to prevent deformation. The use of electronic equipment is also necessary. The signal-to-noise ratio and dynamic characteristics must be very good, at least the CD quality, for it to work properly.

In addition, really good speakers with low distortion are needed so that functions such as echo cancellation can work as expected.

When the output of an audio device cannot track the input perfectly and accurately, the signal will be distorted. The pure electronic components (amplifiers, DACS) of our signal chain are often much more accurate than electroacoustic components (called transducers). Sensors convert electrical signals into mechanical motion to produce sound, just like speakers - and vice versa, just like microphones. The moving parts and magnetic elements of the transducer usually become very nonlinear outside the narrow operating range. However, if you push an electronic device to amplify the signal beyond its ability, things will soon start to get worse.

Following are the causes of distortion:

Distortion is used creatively in music production, but it is a complete theme in itself. What we're looking at here is that distortion in audio reproduction - also known as playback path - means how you listen through speakers or headphones. For accurate sound reproduction, this is indeed the main goal of Hi-fi products. All distortion is considered bad. The goal of device manufacturers is to eliminate distortion as much as possible.

As one of the best-known worldwide leading radio broadcasting equipment manufacturers and suppliers, FMUSER has successfully provided thousands of broadcasting stations from more than 200 countries around the world with low distortion high-power FM radio transmitters, FM transmitting antenna systems, and complete radio turnkey solutions, including online technical support and complete after-sales service. If you need any information about the radio station buildup, please feel free to contact FMUSER and we will reply to you as soon as possible!